All About Kiawah's Bottlenose Dolphins

Just 25 miles southwest of Charleston, Kiawah Island is a coastal paradise for those who enjoy sandy beaches and the beautiful ocean. It's also a haven for one of the most beloved animals on earth: the Atlantic Bottlenose Dolphin. Learn all about these local dolphins and where to find them on Kiawah Island! 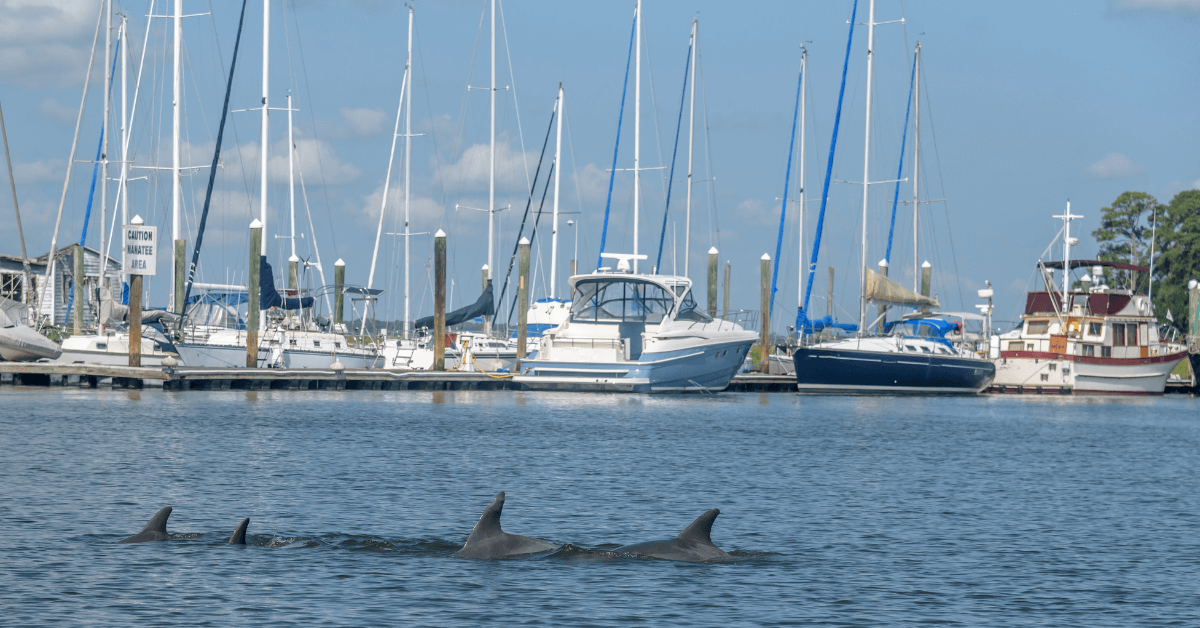 Kiawah Island is home to a spirited population of dolphins that can frequently be spotted just off the shore and in the marshes, creeks, and rivers. These playful mammals are intelligent, fascinating, and, let's face it, adorable!

Where Can I See Dolphins on Kiawah Island?

Contrary to popular belief, you don't have to be in the middle of the ocean to encounter dolphins. Atlantic Bottlenose Dolphins can often be seen frolicking in the tidal marshes, creeks, and rivers. If you ask a local, they'll most likely tell you to visit Captain Sam's Inlet, also known as Captain Sam's Spit, to see dolphins. Separating Kiawah and Seabrook Islands, Captain Sam's Inlet is located at the end of Kiawah's Beachwalker Park.

What is Strand Feeding?

Strand feeding occurs in just a few places around the world, including along the coast of South Carolina and Georgia. This unusual practice involves multiple dolphins herding shrimp or fish together. Then, the dolphins form a line and create a wave that forces their targets onto the shore. Lastly, the dolphins launch their bodies out of the water to feed on their trapped prey.

If you are lucky enough to witness a strand feeding, it is very important to remain back from the scene and never intervene.

Just as their name suggests, bottlenose dolphins have a very short and stubby beak that resembles a bottle. They can measure anywhere from 6 to 12 feet and weigh up to 650 pounds, fully grown. They are mostly a gray shade, but their bellies have a hint of pink. Due to the slight upturn to the corners of their mouths, dolphins always look like they are smiling.

Atlantic Bottlenose Dolphins travel in groups, called “pods,” which consist of 10 to 15 members. Often, pods assist mother dolphins in raising their calves. They also work together to get food through a unique process known as strand feeding. 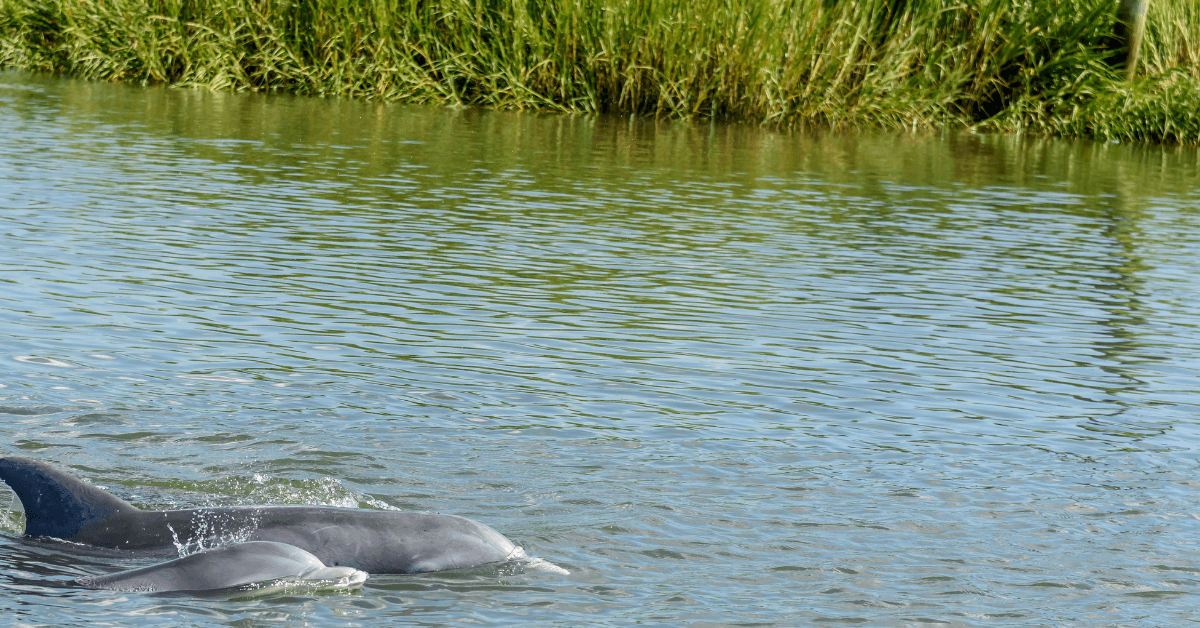