Kiawah Island is home to abundant wildlife, including many varieties of birds, fish, mammals, reptiles, amphibians, and invertebrates. These animals live all over the Island, from the wooded uplands and marshes to the pristine beaches. Kiawah Island has strict environmental standards and has met qualifications to become a certified Community Wildlife Habitat by the National Wildlife Federation. Wildlife monitoring and management is handled by the Town of Kiawah Island, Kiawah Island Community Association (KICA), and South Carolina Department of Natural Resources (SCDNR).

We have outlined just a few favorite animals commonly found on Kiawah Island — as well as some safety tips!

Kiawah Island is home to the bobcat population. This population, while posing no threat to humans, plays a vital role in managing the island's pests. Looking to sight the bobcat? You’ll have the best odds between dusk and dawn!

You can find around 500 deer on Kiawah Island. These deer are very adaptable, finding habitat among the island’s fields and forests as well as the suburban neighborhoods. Are you visiting from the Northeast or Midwest? Well then, you are used to seeing this species roaming around. An interesting fact about Kiawah Island’s white-tailed deer is that they are smaller in size. This helps them cope with the warmer climate of Kiawah Island. You don’t have to go searching for these cuties! You are bound to see quite a few on your vacation.

Kiawah Island serves as a vital nesting beach for loggerhead turtles. Here on Kiawah, we work very vigilantly to assure the safety of the nesting sites. The Town of Kiawah Island regularly patrols and monitors these sweet creatures as they nest, hatch and return to the sea. When attempting to get a glimpse, be careful to not disturb the nesting turtles and please refrain from shining lights toward them.

Nesting activities typically begin in mid-May and continue through early August. The hatchings begin around mid-July and continue through the end of October.  Kiawah has one of the largest Turtle Patrol volunteer programs in the U.S. who collect data about the nests and hatchlings and report to the SCDNR.

The ocean around Kiawah Island is home to many species of marine mammals, the most common being the bottlenose dolphin. To catch a sighting of these beautiful and majestic creatures, check out the surf, inlets, rivers, and creeks throughout Kiawah Island. Adult dolphins will be 6-10 feet long and weigh up to 500 pounds or more.

If you are lucky, you’ll get a glimpse of the dolphins engaging in strand feeding. A group of dolphins will herd a school of fish or shrimp up onto a sandbar or mudflat. Then, the dolphins will launch their bodies out of the water to feed in a fascinating display. 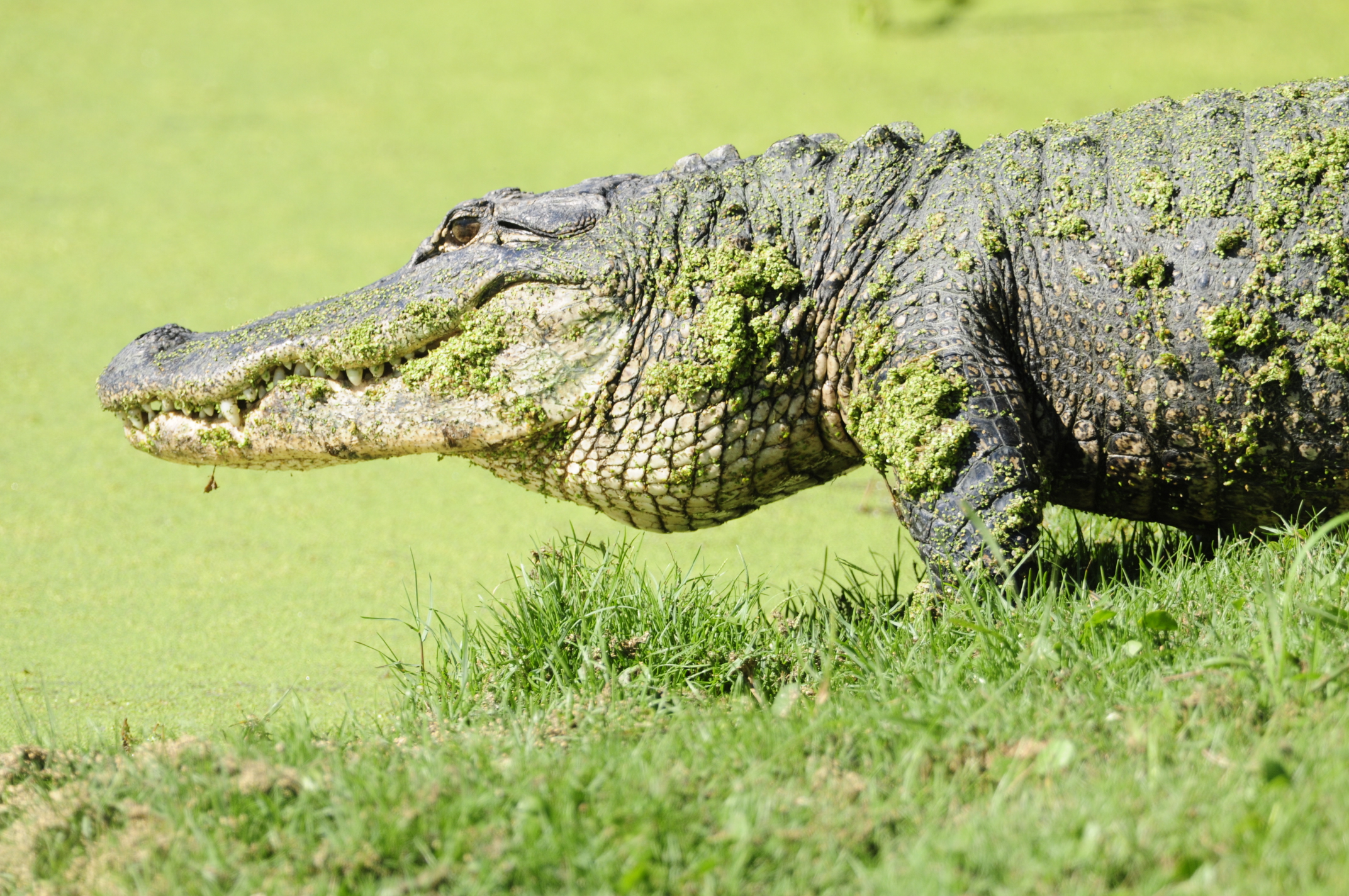 Alligators on Kiawah are most active during the spring, summer, and fall. You will see them most often basking in the sun on the edge of a pond in order to warm their body temperature during cooler months.

Small alligators will typically consume insects, frogs, snakes, small fish, and turtles. As an alligator increases in size, it will consume larger prey, such as raccoons, wading birds, small mammals, fish, deer, and even other alligators. Remember, it is against the law to feed or otherwise harass alligators. This includes activities such as throwing sticks or rocks. When people feed alligators, they will begin to associate people with food, creating a very dangerous situation. Always admire them from a safe distance.

Fishing is one of the most popular activities to do on Kiawah Island. Whether it’s in a pond, at the beach, or on a boat you can expect to experience a fun and adventurous time. Some types of fish to look out for in lakes and ponds are Bream, Mullet, Tilapia, Spotted Sea Trout, and Largemouth Bass. If you decide to fish in seashores, rivers, and offshore, you might see Bluefish, Flounder, Sharks, Sea Catfish, and even Stingrays.

As always, safety comes first when attempting to catch a glimpse of the wonderful wildlife we have present on Kiawah Island. Here are a few quick tips: